Levin is the only place with continuous ceramic production lasting 600 years in Czech Republic and was once one of the most important centers of ceramic production in Central Europe. Medieval unglazed pottery decorated with simple red decor was produced in the 14th and 15th century, but the biggest pottery boom was in the 18th and 19th century, when orange-red decorated and glazed pottery was produced.

Only one last potter’s house was preserved in Levin untill today. House is owned by potter Magdalena Brozova, co-founder of the Levin ceramics association. The association has set a target to recover  tradition of ceramics in Levin and to organise meetins of ceramists especialy those, who are interested in woodfiring and organise cultural events.

In summer 2013 they organized the first ceramic Shimposium. In 2016, the Shimposium was held for the 4th time at the authentic site of last Levin potter’s house, where the generations of Levin‚s potters worked. Since the original kiln is waiting for the renovation, they built a new small wood-firing kiln. People from the Czech Republic and abroad (Slovakia, Germany, Canada) create tohether pottery inspired by the old Levin ceramics and by works of  Zdislav Hercik (the potter and pottery painter). Each year Shimposium ends by an exhibition and pottery market. The goal is to help to young potters to learn with the humility from the ancient times, to create together with experienced coleagues to gain skills and love for woodfiring and to bring the tradition of Levin pottery back to life. The vision is to attract more ceramists to Levin, organize meetings and symposum and establish a tradition of annual superior ceramic fairs. And why Shimposium? Because they use SHIMPO pottery wheels – potters know 😉 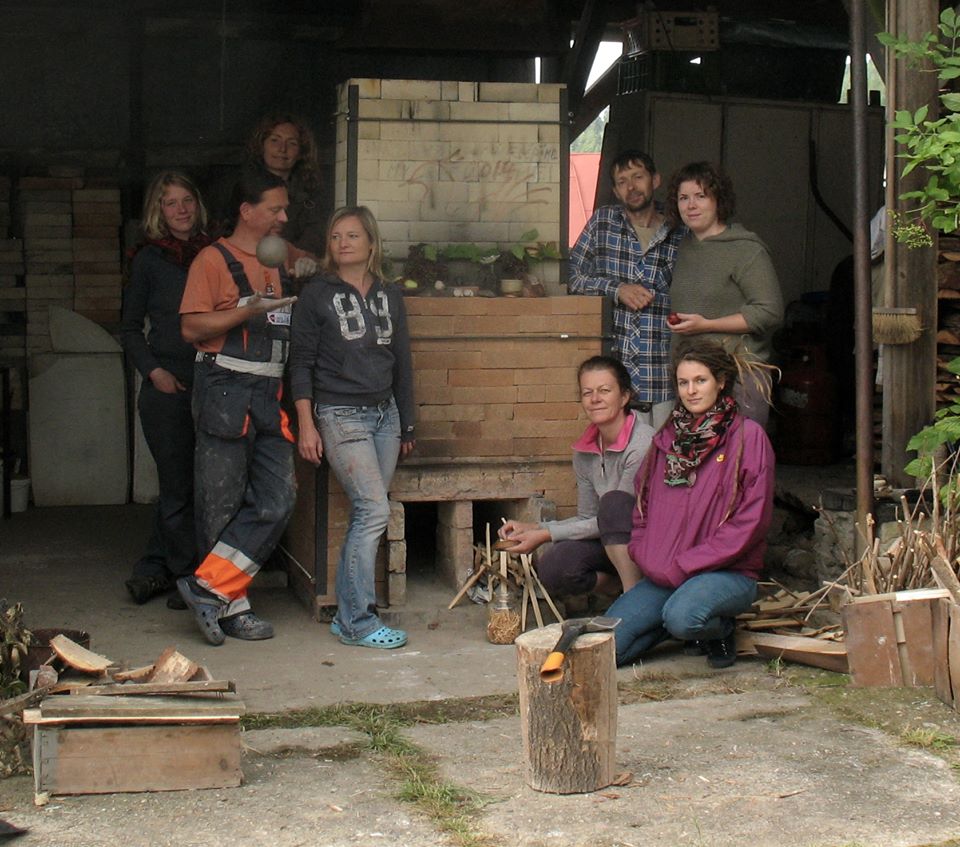